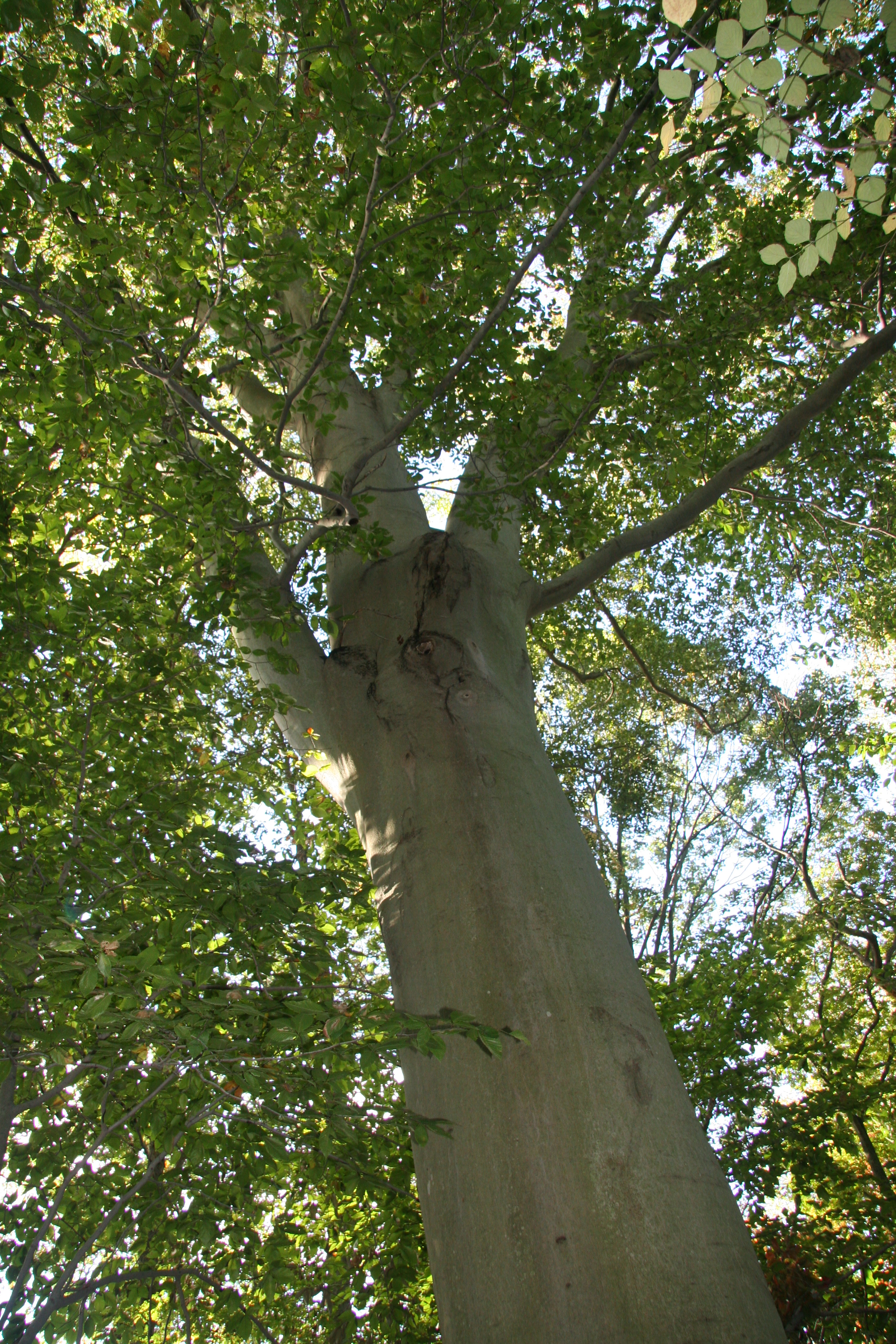 The beech tree tends to grow in loamy, moist, sandy, well-drained, and clay soils. It is sensitive to drought but when growing in well-drained areas, it can grow to be up to 100 feet tall. The beach tree is a food source that provides beechnuts which are eaten by birds and mammals, like chipmunks and squirrels. It grows in an oval shape and develops a pretty dense canopy. Humans like to grow this tree for its use as an ornament since the leaves change colors with the seasons and it provides shade in the hot summer months. Its wood is often used for furniture and it was used by early settlers to determine if the land was fertile. 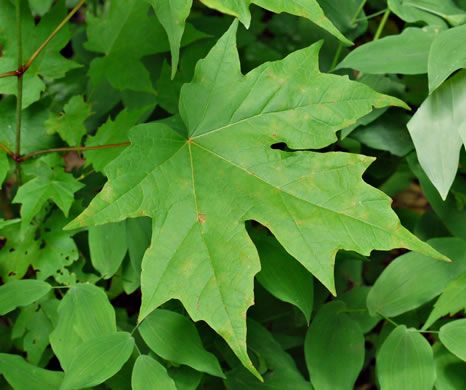 Sugar maple prefers moist soil conditions but has moderate drought tolerance. Squirrels feed on their seeds, buds, twigs, and leaves. It is a large tree with a dense crown that is often used for furniture as well as flooring and crates. Native Americans taught the early colonists how to tap these trees. Its concentrated sap is the source of maple sugar and syrup, with each tree making anywhere from 5 to 60 gallons of sap each year. Its inner back was used for tea to treat coughs and diarrhea. This deciduous tree grows pretty tall and can reach heights of up to 100 ft. Climate change has pushed its distribution further up to the Northern part of America where the temperature is cooler. The leaves are long and wide with lobes that are in opposite pairs. 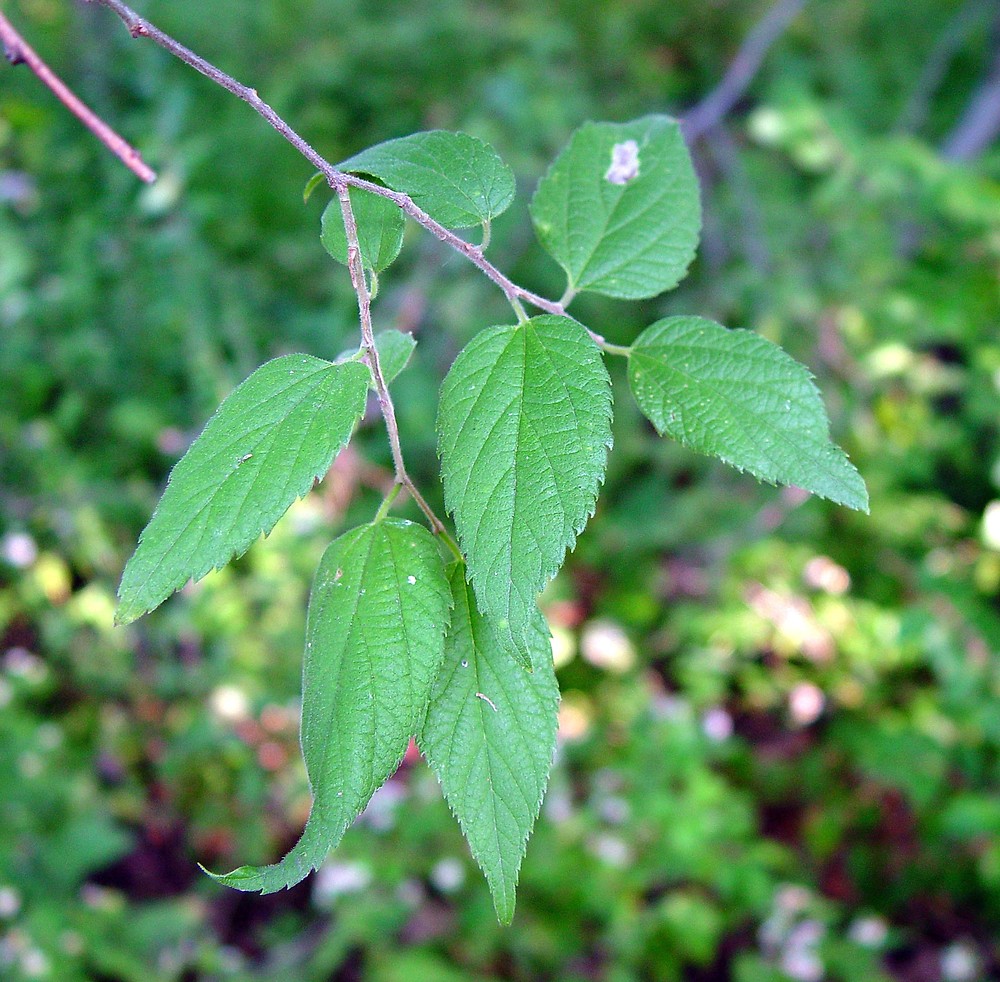 Hackberry is best grown in moist, well-drained clay soils in full sun. Tolerates part shade and a wide range of soil conditions, including both wet, dry and poor soils. This tree is often used as a lawn tree or roadside tree. The small berries, hackberries, are attractive to a variety of wildlife and eaten by various birds, including robins and they disperse the seeds. This medium-size tree grows to be about 50 feet tall. An extract from its wood is used in the treatment of jaundice, and the bark is used for soar throats. 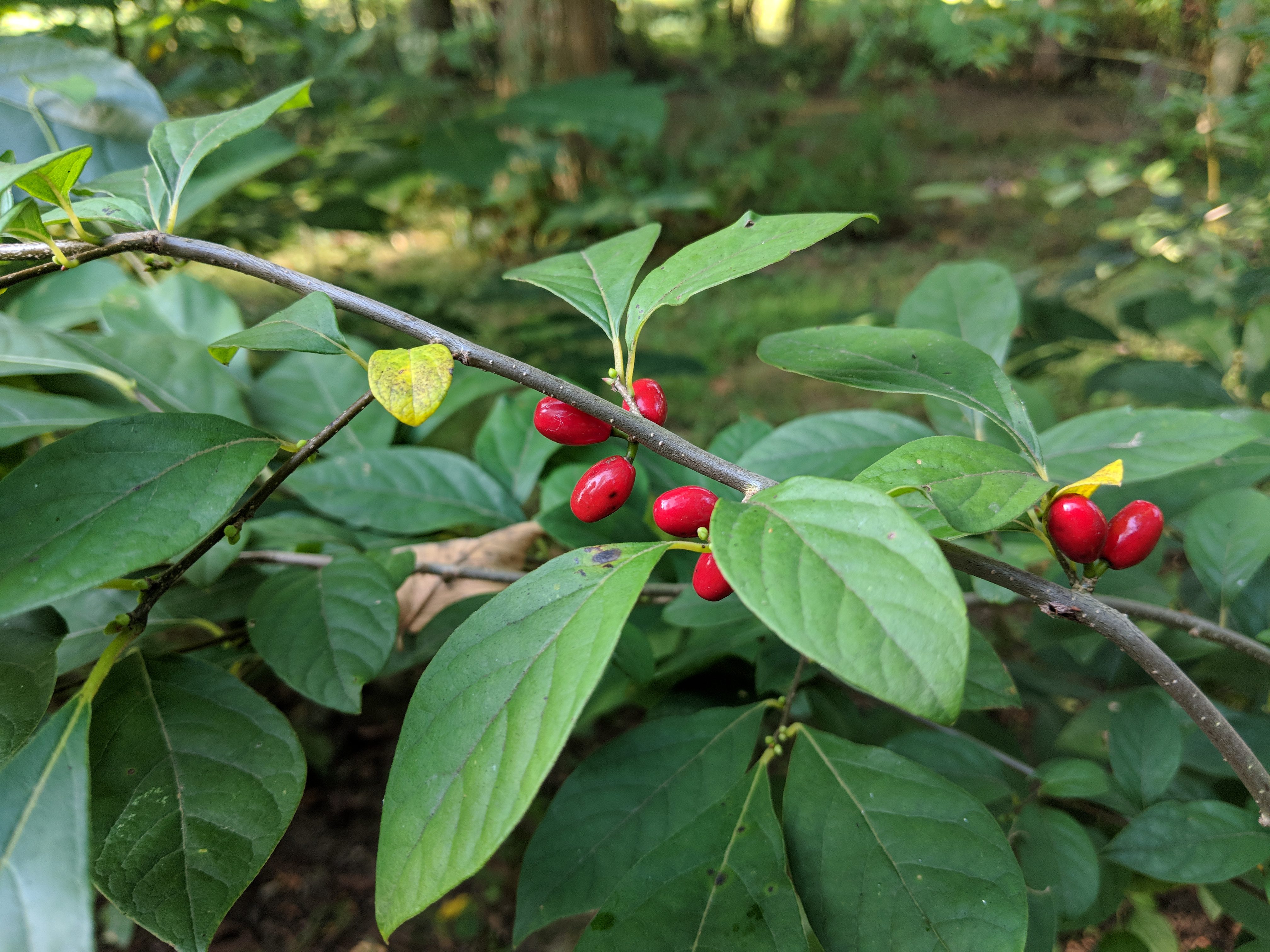 Spicebush is a deciduous shrub that grows anywhere from 6 to12 feet. Many animals like whitetail deer feed on the leaves, twigs, and berries of this shrub. In the fall, the aromatic leaves turn to a bright yellow color. Easily grown in well-drained soils in the sun to part shade. Tea can be made from its leaves and twigs, and the dried fruit can be used as a spice. The drupe fruit is hidden by the foliage until the leaves drop. The swallowtail butterfly feeds on the leaves of this shrub. Early settlers saw the presence of the shrub as a sign of good land for farming and Native Americans used the dried pulp for a sweet spice. The leaves are alternate with a smooth margin.

A current biotic threat that is affecting American beech trees is the Beech bark disease (BBD). BBD is caused by a sap-eating insect and a fungus. First, they are infested with beech scale from scale feeding, which then allows for infection by the Neonectria fungus. The fungus kills the wood and blocks the flow of sap. Affected trees decline in health and eventually die. Some have beech snap which is when the infected trees break down into pieces before dying. To alleviate the problem, we can start by not moving beech firewood or logs from infested areas to areas that are not infested. Controlling the natural spread of BBD is not possible since both the scale and fungus are moved by animals and the wind. Once trees in an area have been infested by scale, you have to keep an eye out for resistant trees.

Current biotic threats affecting Sugar maple trees are unsustainable logging, climate change, deforestation, and forest fires. Humans are highly responsible for some of the threats faced by Sugar maples due to urban development, agriculture, and timber harvesting. But we are able to conserve the species in the wild and also in urban areas. To alleviate the problem, we can start by saving seeds for future planting in locations with better climates, having strict environmental laws to restrict activities like deforestation and logging, as well following forest fire prevention tips.

This wet soil-loving plant can be found in the ponds along the Beech Trail. Its flowers are about ¼” long with 6-8 stamens and consist of  3-4 white carpels at its center. It’s an important food source for many animals in the area. Bees and flies also like to use it for the nectar. It likes to form colonies in areas it finds favorable.

This common shrub loves wet soils and grows successfully in it. It can also grow in moist soil, instead of wet, but that will affect the size of the plant as it will grow to be smaller. The average shrub is about 3-8′ tall, but sometimes it can reach up to 20′. Its white flowers attract many bees, butterflies, and moths.

In the woodlands, this is Jacob’s ladder. A common herbaceous plant that likes to grow in loamy soil with decaying organic matter. Its roots are harvested in the fall and often used as herbal medicine to treat inflammatory diseases like coughs and colds. 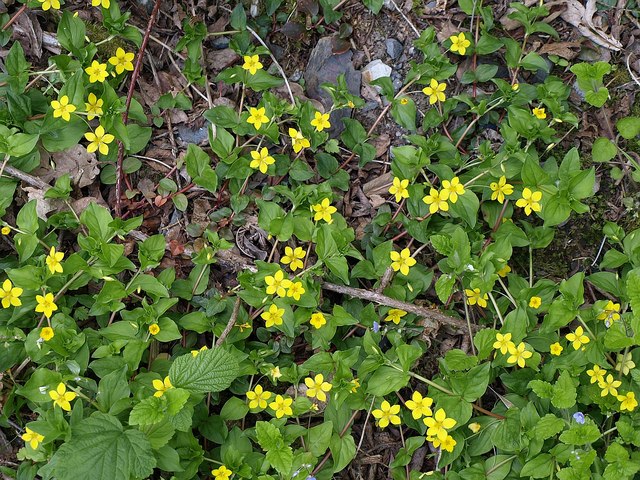 Located in the woodland area, this herbaceous plant with compound umbels and small yellow flowers grow to be 3 feet tall. There is no noticeable floral scent and it used to be used as an astringent to staunch bleeding wounds.